17 year old Harry Wells from Quedgeley won the delayed 69th TREDWORTH 4.3 MILE ROAD RACE after breaking away from Chris Brown of Hempsted. Brown set the pace for the first half of the race attempting to use the tough uphill to break away.

Wells held on and in the last mile and a half utilised the speed he has as the Midland Under 20 1500 metre champion to pull away and not allow Brown to challenge again.

Third was James Rose from Dymock but allowed to run in the Gloucester only event as a member of city club Severn AC. He was isolated in third in the opening mile and then held on to stave off the challenge of 2008 victor Simon Fortnam. Another former winner Dave Lander (1998 & 1999) now a vet 50 placed ninth.

it was a happy night for the Wells family. 18 year old Bethany was the first lady in 12th place and mum Trudy was first lady vet 50.

Organiser Terry Haines broke his athletic retirement to make sure the event did not end after the decision that running the event around Tredworth was too hazardous.

He said ” I was delighted with the response. All city running clubs were represented, there was good quality at the front and it was run as a proper competitive road race on a demanding course. In 2018 the event will probably return to Easter Monday and I hope to find a new organiser “. 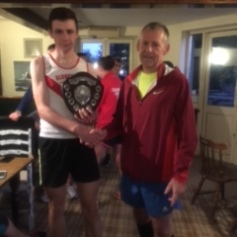 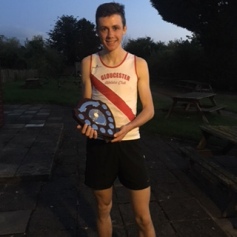 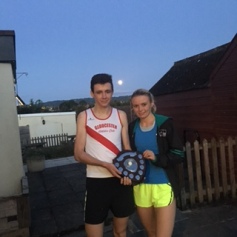 Pictures are Presentation of the Horton Cameron Shield by Severn AC Co-Chairmen Andy Brown with overall winner Harry Wells (left). Harry with the shield (middle) Harry and Bethany, who was 1st lady (right).

Absolutely loved being back out racing today at the Birmingham XC league, fantastic team performance 👊
Rich, Greg and Matt at the Angels 10k
Local legend James Rose collecting his prize after coming home 1st at the Dymock HM
The Man, The Myth, The Legend - Les Davis https://severnac.com/2020/08/30/the-man-the-myth-the-legend-les-davis/
Team Severn finishing this season's xc league at Old Down Country Park today #run #race #xc #team #severnac
Some of team Severn AC at Bourton 10k today, fantastic event and a huge thank you to the volunteers for their time #severnac #running #PBs #race
Sandra in action today at pitville park
Meg in action at the 3rd xc fixture today
Tracey in action today in the Glos XC league